What Are The Top Esports (Video Games) In The World? - Dave's Wallet 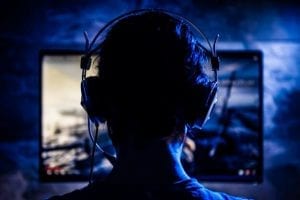 What Are The Top Esports (Video Games) In The World? The Esports industry is one of the fastest-growing due to so many video game enthusiasts across the world. With love for video games, you can transform the industry into a career or a business venture.

The industry is forecasted to reach up to $1.65 billion by 2020. So, if you want to join the industry, here are the top Esports in the world:

It is one of the biggest video games with more than 250 million players with a prize of $100 million. So far, the game has already paid out more than $72 million prizes to its players.

2. League of the Legends

The Riot Games organize the League of the Legends Championship, and it is currently the biggest game in the tournament. The game was created in 2009, and it has more than 100 million players. In 2018, the prize was $2.25 million and the venue for World Championship this year is in Paris, France.

Organized by the PUBG Group, this is one of the biggest first shooter video games worldwide. The final tournament will take place in November with a prize of $2 million.

It is developed by Blizzard Entertainment and is commonly played by professional players around the world. It is the biggest video game with over 20 teams.